The Bank of England is on course for a tough 2021, after a Financial Times survey found investors believe the central bank’s quantitative easing program is a thinly veiled attempt to finance the government deficit in order to reduce its borrowing costs.

The BoE maintains that its quantitative easing program is calibrated to keep inflation close to its 2% target. Andrew Bailey, the central bank governor, said in November: “We don’t . . . set a level of quantitative easing and asset purchases linked in any way to what the government will borrow.

But investors are confident the BoE bought an additional £450bn of gilts during the Covid-19 crisis to facilitate the government’s huge borrowing program by keeping debt servicing costs down.

An FT survey of the 18 biggest players in the UK government bond market found that the overwhelming majority think QE in its current incarnation works by buying enough bonds to mop up the amount issued by the government and maintain low interest rates.

In particular, most said they believed the scale of BoE bond purchases in the current crisis had been calibrated to absorb the flood of additional bonds sold this year, suggesting they believe that the central bank finances government borrowing.

“In this extraordinary year of gilt supply, the BoE has been the main buyer,” said Matthew Amis of Aberdeen Standard Investments. “Without this significant support, bond yields would have risen significantly. Quite simply, the government securities market could not have taken the record £485 billion provided by the Debt Management Office to the market this year.

Responses to the FT’s survey suggest that investors place fiscal financing at the center of their understanding of how QE works, a belief that has grown stronger in the current crisis compared to previous bond-buying cycles. This contrasts with the BoE’s view that it is signaling its intention to keep inflation on target.

“Signaling impacts are more limited now than when QE started,” said Simon Bell, bond fund manager at Legal & General Investment Management. “With each subsequent QE announcement, the impact has been less. At the current juncture, the bank’s intention seems to mostly offset the Treasury’s supply to keep yields low.

Differing views on the target of the QE program raise two risks for the UK economy in 2021. With financial markets confident that the BoE is financing the government deficit, if the central bank disappoints them with the amount of government bonds If it is ready to buy, there is a risk that borrowing costs will rise sharply; but if the bank increases its bond purchases to appease financial markets, it risks letting inflation spiral out of control.

These risks were acknowledged in a speech by Andy Haldane, the central bank’s chief economist, in November, when he said any divergence of views on QE put the central bank in “deep, uncharted waters”. .

With bond yields already at historic lows, few investors believe the purpose of QE is to drive them further down. Instead, the effect is to keep yields roughly where they are while the government’s Debt Management Office ramps up its issuance of gilts, passing the baton of stimulating the economy to the Treasury. .

“Fiscal and monetary coordination has been a notable feature of the UK’s policy response to Covid-19, with the November QE expansion being announced alongside the Chancellor’s decision to extend the furlough scheme until March. 2021,” said Gurpreet Gill, macro strategist on the fixed income team at Goldman Sachs Asset Management. “BoE buying has largely kept pace with Treasury issuance in recent months, keeping gilt yields in check.”

Jim Leaviss, chief investment officer for public fixed income at M&G Investments, said that since the start of the pandemic, the “physical act” of QE has been the most important feature in 2020, unlike periods of previous easing, when the “signal” effect of the central bank’s intentions was stronger. 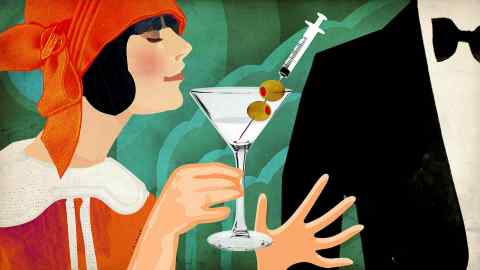 Investors are also skeptical about whether the BoE’s asset purchases have a material impact on inflation or inflation expectations, which is a concern given that hitting its inflation target of 2% is the central mandate of the BoE.

“The problem now is that growth or inflation never particularly materialized [as a result of the BoE’s bond purchases]said Craig Inches, head of rates and cash at Royal London Asset Management. “As a result, all QE has achieved is asset price growth.”

Investors’ understanding of how QE works is uncomfortable for the BoE, which does not want to be seen as financing extraordinarily large government borrowing. But if investors believe that’s what the central bank is doing, the possibility of monetary policy mistakes increases rapidly, Haldane said.

He warned that if market expectations were driven by the government’s borrowing needs, failure to meet those expectations could lead to an unnecessary increase in borrowing costs, while continuing to meet them” puts the policy. monetary policy on a potentially undesirable medium-term path”.