Amazing moment, 15-year-old girl, hung for life from a tree in a raging river after falling from her kayak, is airlifted to safety by a police helicopter

Dramatic footage has been released of the daring rescue of a teenage girl stranded in a tree in a swollen river at the foot of Sydney’s Blue Mountains.

The 15-year-old was on a kayaking adventure with her father when she fell from the canoe into the cold, dark waters of the Nepean River on Saturday afternoon.

She was swept away by the current but managed to cling to a tree in the middle of the river – swollen by torrential rains last week – where she found herself stranded with no escape.

Her frenzied father desperately tried to rescue her with his kayak, but called emergency services when the fast current and the dangers of the water prevented him from getting close enough to reach her.

NSW Police scrambled their rescue helicopter crew around 5 p.m. and released the incredible video of the incident on Wednesday.

It shows the police helicopter team rushing to the scene near Emu Plains in a desperate attempt to reach the girl before sunset and darkness hamper their search. 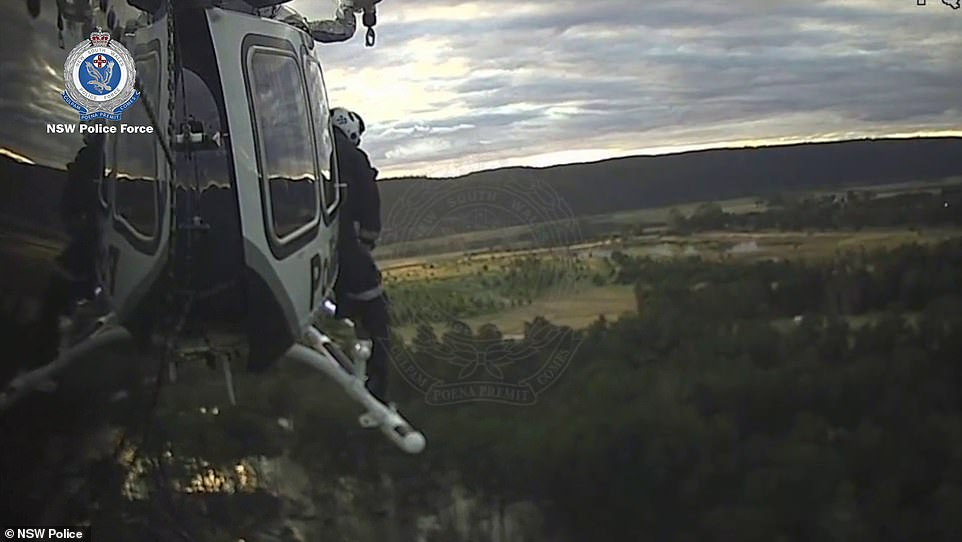 The police rescue helicopter rushed to the scene near Emu Plains in a desperate attempt to reach the girl before sunset and darkness hampered her search. 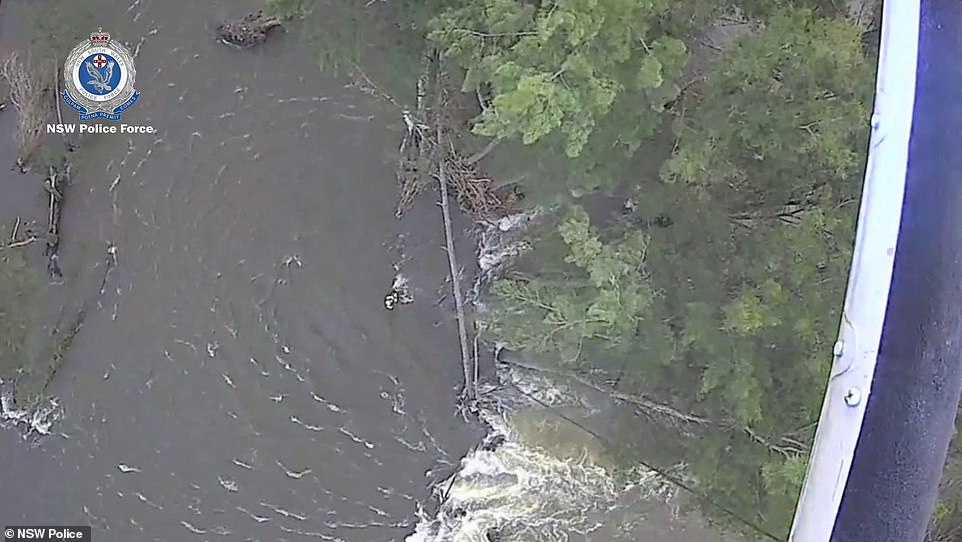 Incredibly, they managed to spot her through the thick foliage and branches, clinging to the branches of a fallen tree, and began the rescue mission.

Incredibly, they manage to spot her through the thick foliage and branches, clinging to the branches of a fallen tree, and begin the rescue mission after dark.

A frogman-clad officer is winched several hundred feet, spinning in the wind as he falls, before splashing himself in the water and swimming against the tide towards the shivering and terrified girl. 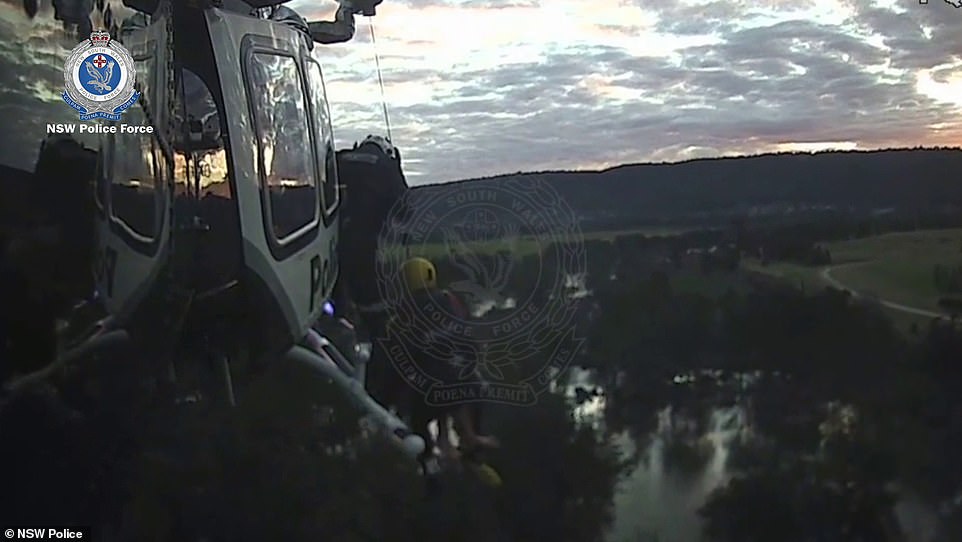 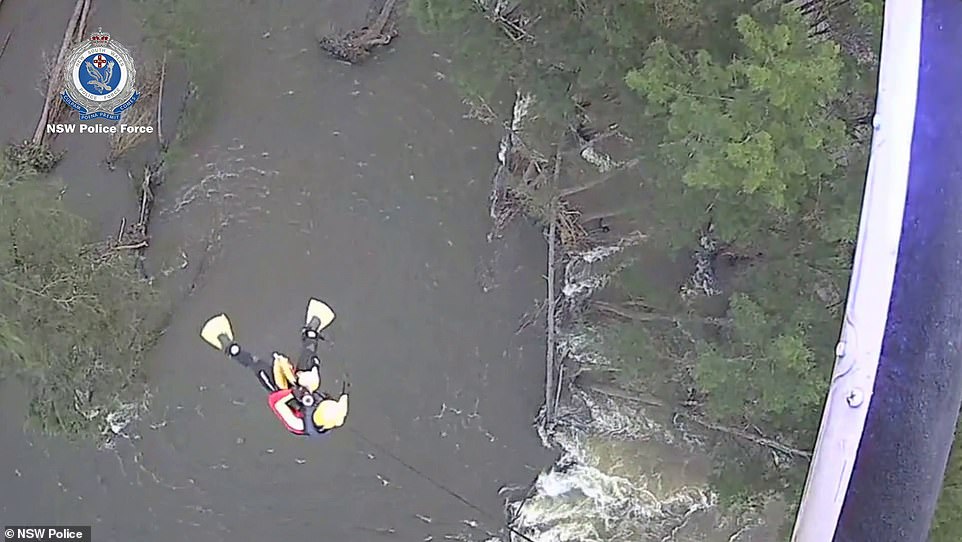 The specially trained rescue specialist can be seen spinning in the wind and backdrafting the helicopter’s rotor blades as it descends.

He managed to secure the girl in the rescue harness before the couple were brought back high into the air for the safety of the helicopter.

She can be seen clinging to the policeman in fear as he gently maneuvers her through the hatch of the helicopter and into the plane’s sanctuary. 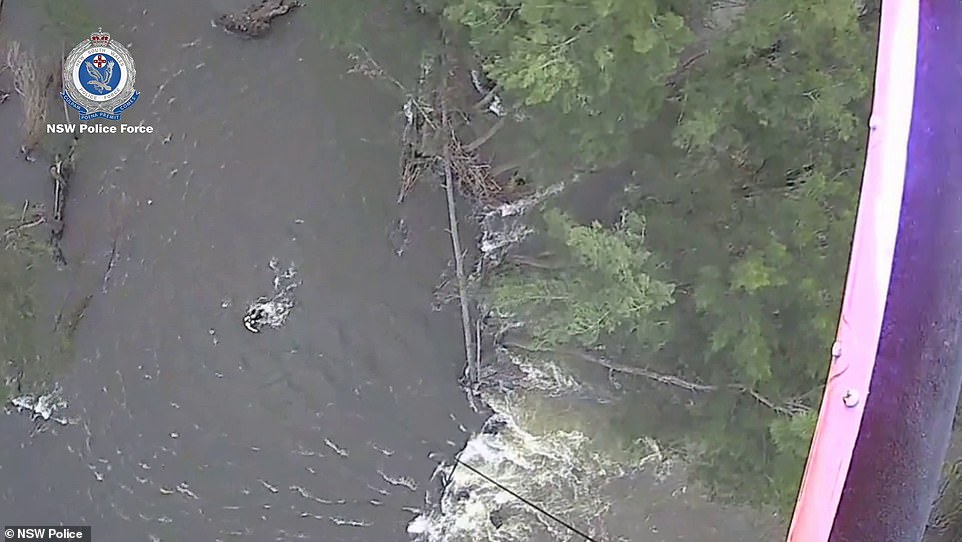 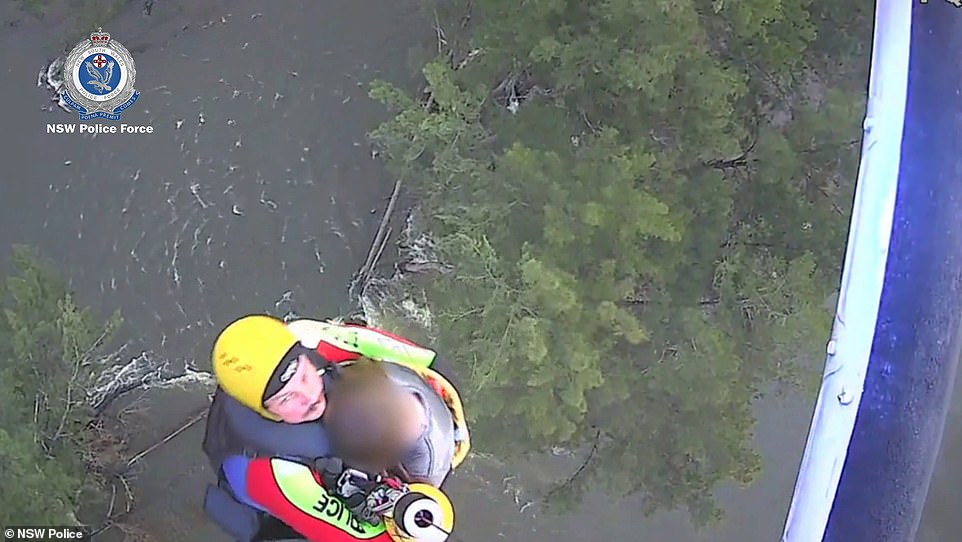 The helicopter then immediately takes off to a nearby landing zone where the girl’s distraught father was waiting for the couple to be reunited before she was assessed by paramedics at the scene.

An NSW Police spokesperson added: â€œThe girl was airlifted to a waiting NSW ambulance a short distance away and assessed by paramedics. She was not hurt. 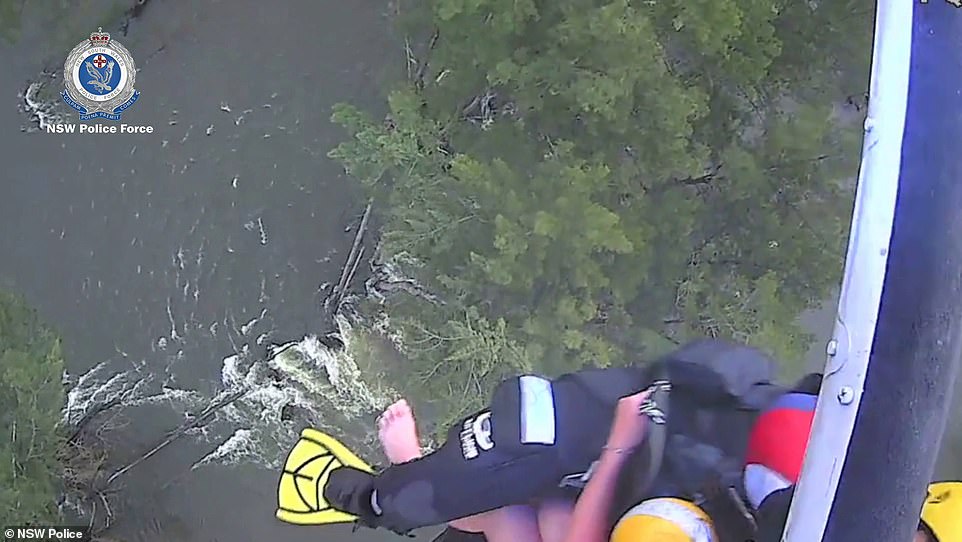 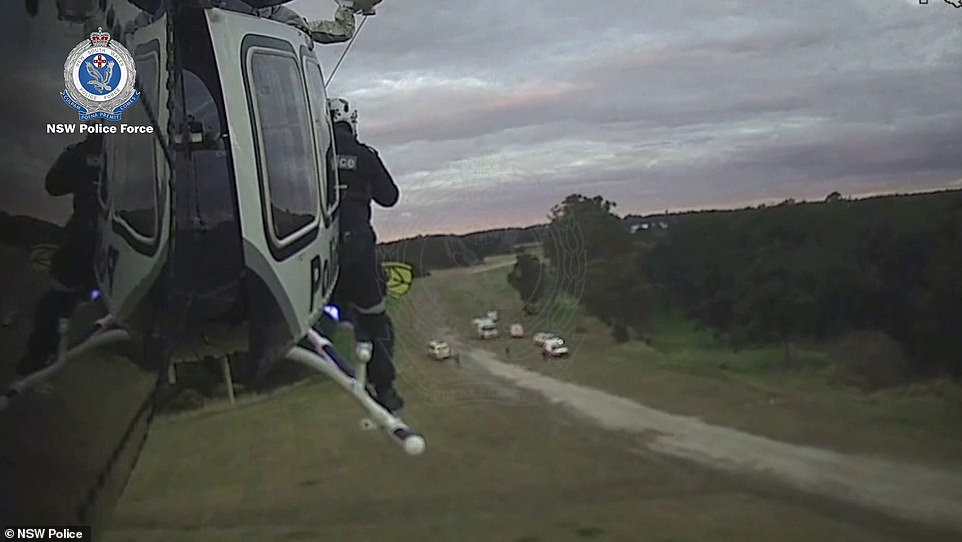